Urfi javed is in trouble in dubai for wearing revealing dress to be intrigued. Urfi Javed faced trouble for wearing off-colour clothes in Dubai, caught in the clutches of the police Urfi Javed Dubai: Urfi Javed is in Dubai these days, where she is caught in the clutches of the police because of her dressing style. 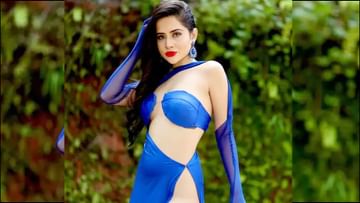 Urfi Javed In Trouble In Dubai: Urfi Javed is such an actress of the small screen, who remains a part of the headlines more because of her unusual clothes than her work. She often shares her photos and videos on social media wearing strange and strange clothes.

Apart from social media, even when Urfi is spotted in public, she is seen in a bold style. Urfi often has to face trolling because of her clothes. Many stars have also criticized Urfi because of her clothes. Not only this, Urfi has also received rape threats. However, in spite of all this, Urfi sticks to her fashion sense. But now there is news that due to the clothes, his difficulties have increased in Dubai and the police there are questioning him.

Had to shoot in open area

Urfi Javed has been in Dubai for some time now for the shooting of her upcoming projects, from where she is continuously sharing her photos and videos. Meanwhile, she is in trouble for not following the rules there.

According to a news from ETimes, a source close to Urfi Javed told that Urfi had made a video for her social media handle wearing clothes designed by herself in Dubai. The people of Dubai found her dress reveling. According to the source, there was no problem with Urfa’s clothes, but Urfi had made this video in an open place. And it is forbidden to wear the kind of clothes Urfi was wearing.

According to the source, the police is interrogating Urfi Javed in this matter. It is possible that Urfi’s visit to India may be postponed. Police can postpone their return ticket. However, now it has to be seen what happens next in this matter. Recently, the news of Urfi’s illness also came to the fore from Dubai. And now she is caught in the clutches of the police.