New Delhi, JNN. Hina Khan Bold Photos: Film actress Hina Khan has shared pictures of her hot photoshoot on Instagram. In this, she can be seen wearing a deep neck Thai high slit gown in black colour. At the same time, she is also wearing high heels and stockings. Sharing the pictures, Hina Khan wrote, ‘Last day of the year, gotta shine. Many wishes for the new year, friends.

Hina Khan is seen showing killer style in the pictures

Hina Khan is seen showing killer style in the pictures. He has shared 8 pictures. At the same time, his hair is open. She has put on heavy make-up and is seen preparing to go to a party. Hina Khan’s pictures have got more than 1 lakh 40 thousand likes. At the same time, many people have shared emoji of heart and fire on the pictures. Many people have also commented on her photo like Hot, Beautiful, Amazing, Nice. Also read: Ranveer Singh shared a cryptic video on the occasion of New Year, fans said – the shock of the circus flop has started

Significantly, Hina Khan is dating Rocky Jaiswal these days. Both are often seen spending time together. Both have made their relationship public. Both are going to get married soon. Although both have not announced the date yet. Hina Khan has also appeared in many projects with Rocky Jaiswal. Hina Khan has also participated in many television shows 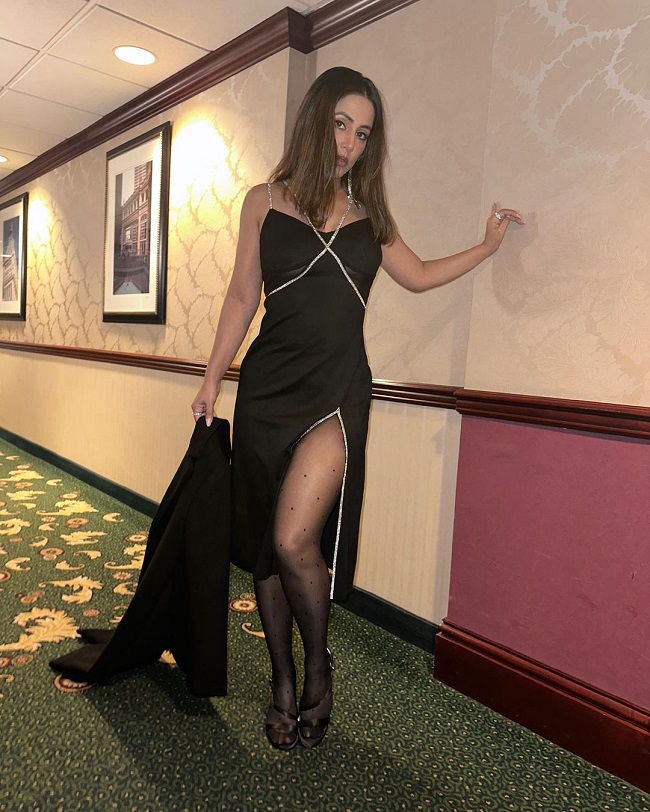